Why Roses are Romantic ? 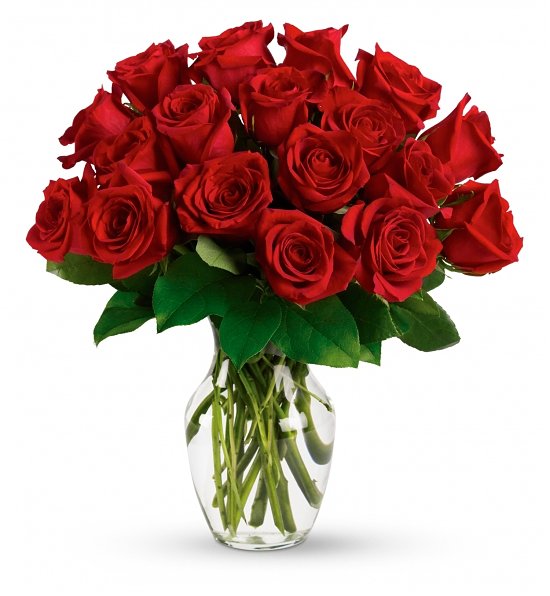 Why Roses are Romantic ? Red roses can be the visual symbol of many things just by their presence. Red roses have been used to recognize courage, respect, and prosperity. Just the color red is a symbol of passion and deep emotion that’s been recognized as such for centuries.

According to scientists, the rose has been in existence for 35 million years. Today there are more than 30,000 varieties. We believe that the deliberate cultivation of roses started about 5,000 years ago.

But according to Greek mythology, it was Aphrodite who gave the rose its name, and it was Chloris, the goddess of flowers, who created it.

One day while Chloris was in the forest, she found the lifeless body of a beautiful nymph. A wrong had been done, so to right this wrong, Chloris enlisted the help of Aphrodite, the goddess of love, who gave her beauty. Then, Dionysus, the god of wine, was asked to help, and he gave her a sweet scent. Then the three Graces got into the act and gave Chloris charm, brightness, and joy. Zephyr, the West Wind, wanted to help, so he blew away the clouds so that Apollo, the sun god, could shine and make the flower bloom. And that, according to Greek mythology, is how the rose came to be.

I like the Greek mythology theory much better than the scientific theory. Roses are romantic, not scientific!

Roses have been used around the world in every culture as symbols of one thing or another, but red roses are the traditional symbol of love. Other color roses have various meanings, but the only thing you really need to remember is that if you send her red roses, she will know that you love her!

Christmas Gifts that Give Back to Others

This Christmas why not consider gifts that give back. You may feel helpless on how you as an individual can help with so many huge problems that have arrived with the pandemic. We have hungry families, hungry pets, frontline workers that are risking their lives. We...
Read More

Good Gifts for Kids Who Like to Draw at Every Age

Are you searching for Good Gifts for Kids Who Like to Draw?  There are lots of fun ideas for gifts for kids that love drawing. It's important to nurture a child's creativity and a kid who likes to draw is already expressing creativity. We need to consider the age of...
Read More

Oh how fun to be a 3 year old little girl! What kind Gifts for Little Girls Age 3 would be best? Little girls love to emulate adults and do what they do. For this reason, playsets that recreate real life scenes are often big hits with 3 year olds. This could be things...
Read More

It’s Not About The Big Presents And Fancy Decorations

I’m going to let you in on a little secret. Christmas isn’t about the big presents and the fancy decorations. It also isn’t about cramming as many holiday activities and festivities in during the month of December as you possibly can. It isn’t about having the biggest...
Read More

Santa Has a Sense of Humor

Santa has a sense of humor this year.  This is a stressful year for most of us going into the holiday season in the middle of a pandemic. This year we must try to have a sense of humor about the whole thing. Here at Gifts of Love shop, we don't want to make light of a...
Read More
← Christmas Gifts for Babies Chocolate & Romance →

Our Most Popular Items